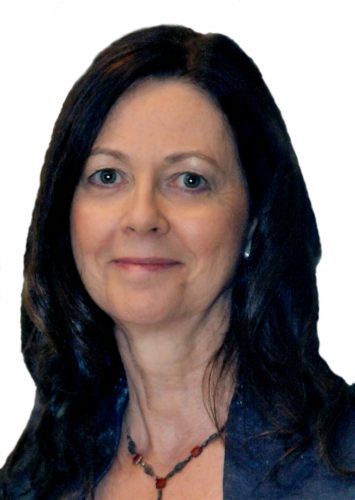 Gaye Alcott’s wide range of experience as a concert pianist, competitor, parent and teacher have provided a rich background from which she approaches her work. Her students consistently achieve distinction and awards in competitions and examinations, with many going on to have successful music careers. Born into a musical family, Gaye Alcott’s passion for music began early. Her formal training began at the age of three with Isabella Montgomery and later, Edward Parker and Barbara Custance. She continued her studies with Dr. Dale Reubart and Dr. Robert Rogers at the University of British Columbia. She has also worked with Menahem Pressler and Marek Jablonski at the Banff Centre, and Dr. Reginald Stewart in Santa Barbara, California. Gaye Alcott made her recital debut at the age of 12 and began performing extensively as a young teenager. She has appeared as soloist with several orchestras including L’Orchestre Symphonique de Quebec, CBC Vancouver Orchestra and the Vancouver Symphony Orchestra, with whom she made her orchestral debut at the age of 15. Gaye Alcott was a prizewinner in numerous competitions, receiving many scholarships and awards, including two B.C. cultural grants.

Gaye Alcott has enjoyed a rewarding career as a soloist, chamber musician and teacher. Her performances have elicited enthusiastic reviews such as ” poised and authoritative, immediately impressive for the clarity, bold assertion, expressive dynamic shading and brilliant tone she displayed” (Vancouver Sun); ” Alcott amazes listeners with her power and dexterity” (Santa Barbara News-Press); “Glistening performance…a startling technique combined with intensity and warmth” (Kitchener-Waterloo Record).  Ms. Alcott has collaborated with many of North America’s finest musicians and has performed in various summer festivals, including the Prince Albert Music Festival in Hawaii, Victoria International Festival, Hornby Festival, and Banff Summer Arts Festival. She has been heard frequently on CBC.

Gaye Alcott was a member of the Bachelor of Music faculty at Capilano University in North Vancouver for over fifteen years before accepting a teaching position from Kauai Community College in Hawaii. She taught on the island of Kauai for several years before returning to Vancouver. She currently maintains a private studio as well as teaching at the Vancouver Academy of Music. In addition to being a distinguished teacher, Gaye Alcott is a sought-after adjudicator who has worked on behalf of numerous piano competitions, and is an Apprentice Examiner for the Royal Conservatory of Music.