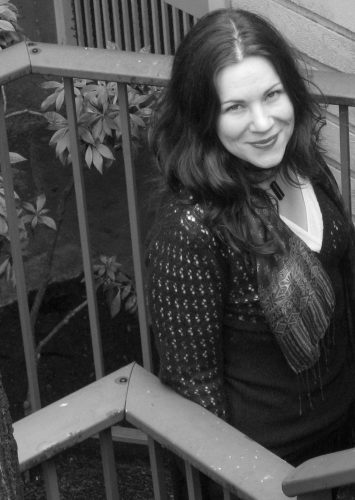 Jennifer Butler is a composer, teacher, and flutist living in Vancouver, British Columbia. Her music, described as “beautifully remote” (Vancouver Sun), “intimate” (Globe and Mail), and “disquieting” (Vancouver Observer), has been commissioned, performed, and broadcast across Canada, in the United States, Australia, and Europe. She holds both a Master’s degree and Doctorate in music composition from the University of British Columbia.

Jennifer maintains a private studio of composition students and is currently involved in education projects with Vancouver Opera and the Turning Point Ensemble. In the summer of 2020 she was a composer mentors for Standing Wave’s Compocon, a week long workshop for young composers. Jennifer currently sits on the advisory committee for the BC region of the CMC, and is an active board member for Redshift music, and Vancouver’s Standing Wave Ensemble. She was President of the Canadian League of Composers from 2011-14 and has been a member of R. Murray Schafer’s Wolf Project since 2000.