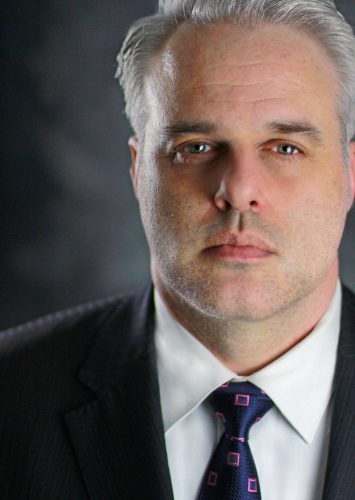 Baritone Alan Corbishley has sung throughout North America and Europe.  In the UK, he sang Marcello in Puccini’s La Bohème, Mozart’s Mass in C Minor, and Bach’s St. Mathew’s and St. Johns Passion, Dr. Falke in Die Fledermaus  in London, and Papageno in The Magic Flute in Belfast.  In France he sang lead roles in La Boheme, Peter Eötvös’ Le Balcon,  and Rossini’s L’occassione fa il Ladro.   With orchestra, Alan has performed Mahlers’ Das Lied von der Erde, Mozart’s Requiem, Verdi’s Requiem, Rachmaninoff’s The Bells,  Hayden’s The Seasons, and Handel’s Messiah.  Within the realm of professional musical theatre, Alan performed various roles in Seussical and Les Miserables, Doolittle in My Fair Lady, Lazar Wolf in Fiddler on the Roof, and Gaston in Beauty and the Beast.

As a Voice teacher, Alan’s students have had tremendous success.  His students have the following credentials while under his tutelage:  Provincial Winner at BC Festival of Performing Arts (Intermediate Musical Theatre), Multiple Provincial Representatives, Placements, and Honourable Mentions, 2016 Winner of Barbara Clague Festival of Song Competition at the Vancouver Academy of Music, Royal Conservatory of Music Exam First Class Honours Results, and acceptance into various University Music and Voice programs across Canada.

As a voice teacher, he believes in guiding students through the discovery of their instrument. Understanding breath, vocal technique, placement (etc) are only tools to help unleash the potential of each voice.  As a teacher, he works with each student to develop a dialogue about process that allows for students to internalize and properly understand their voice.  Although his expertise is in classical vocal repertoire, he believes that a healthy approach to other genres lends to a deeper appreciation and freeness within one’s own specialized style.

Having started his studies in theatre, Alan eventually received his Bachelor of Music from the University of British Columbia followed by his Masters of Music from the New England Conservatory of Music in Boston in Voice and Opera.

Alan also studied as a vocal fellow for two summers at Boston Symphony’s prestigious Tanglewood Music Center where he performed with many of the world’s best artists.  There he sang lead roles within Puccini’s Gianni Schicchi under the baton of Robert Spano, and Ramiro in Ravel’s L’heure Espagnole under the baton of Seiji Ozawa.

Alan also studied for two summers at The Music Academy of the West in California which is headed by famed mezzo-soprano Marilyn Horne.   There he also sang Harlequin in Strauss’ Ariadne auf Naxos and then Sid in Britten’s Albert Herring to rave reviews.

As well as studying with the great Mary Morrison in Toronto for two years, Alan was one of 12 singers from around the globe to study in France for a one-year apprenticeship program in Marseille where he studied with Yvonne Minton.

Alan is also a success on many other artistic platforms.  As a Stage Director, Alan has directed well over 30 productions including: The Lost Operas of Mozart with City Opera Vancouver where he will return to direct Nigredo Hotel in 2018,  the critically acclaimed adaptation of Handel’s Acis and Galatea with Sound the Alarm: Music/Theatre & re:Naissance Opera which will be remounted in Finland in 2018, all the productions at the Vancouver Academy of Music since the fall of 2015, his original “silent play” Silent Chap within Western Canada Theatre’s 2013/14 main stage season, as well as multiple other  musical theatre productions and his own original creations.

As a producer, he has worked on multiple TED Conferences around the globe as an event producer, as well as over 200 events for his own arts organization BC Living Arts (Sound the Alarm: Music/Theatre) of which he is the Artistic Director.

In 2006, Thompson Rivers University awarded Alan a Distinguished Alumni Award for his accomplishments in Arts and Culture.   In 2012, Alan was the sole recipient of the Kamloops Mayors Award for the Arts for his innovations in the arts.