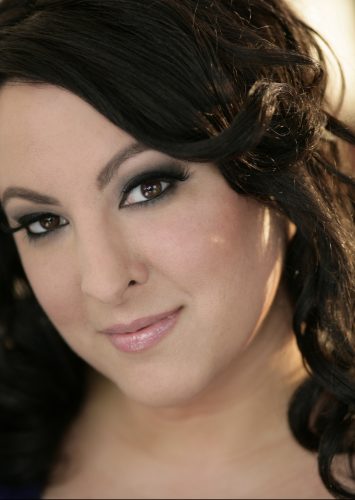 Click here to register for lessons with Ms. Mondanaro.

Francesca Mondanaro, graduate of The Curtis Institute of Music, enjoys an international career as both an artist and a private voice teacher. Noted as “electric – this high impact singing isn’t encountered evday” (Opera News) and “entirely riveting” (Washington Post), She will be performing in the 2018-2019 season her first Madame Butterfly with Opera in The Rock, and in featured concert with Karolina Pilou of the Metropolitan Opera for Vertical Repertory Players Recital series. In the  2017-2018 season she debuted a new role as Fata Morgana in LOVE FOR THREE ORANGES at Deutsche Oper Berlin, and returned to Lyric Opera of Baltimore as Santuzza in CAVALLERIA RUSTICANA.  2015-2016 saw her making her house debut with the Deutsche Oper Berlin starring as Abigaille in NABUCCO. Recent work included her Lyric Opera of Baltimore debut as Abigaille in NABUCCO, after having covered the title role of NORMA there with Maestro Christian Badea conducting. Francesca has also performed the role of NORMA with companies including Baltimore Concert Opera and Taconic Opera, as well as in concert for the Calvary Concert Series of New York and the Richard Tucker Music Foundation.  Also in 2014 – 2015 she reprised her recitals with stage director Fabrizio Melano (Metropolitan Opera), based on the life and career of Maria Callas, for Opera Delaware and Baltimore Concert Opera. In recent seasons she sang Lady Macbeth in MACBETH for BCO, a role she has performed for Taconic Opera and Sarasota Opera (where she sang both versions of the opera in the same season), Margherita /Elena in MEFISTOFELE for Taconic Opera, and the Mother/Witch in HANSEL AND GRETEL for Boheme Opera of New Jersey. She has also performed Abigaille in NABUCCO for Taconic Opera and Santuzza in CAVALLERIA RUSTICANA with New Jersey Verismo Opera and the Baltimore Concert Opera. She has performed the title role of ANNA BOLENA for both the Richard Tucker Music Foundation Concert Series and Tel Aviv’s International Vocal Arts Institute, and Donna Anna in DON GIOVANNI with Baltimore Concert Opera. She created the role of Clara in the world premiere of THE SANDMAN by Thomas Cabaniss, Music-Animateur of the Philadelphia Orchestra and sang in Terrence McNally’s Tony Award winning play MASTERCLASS at the Beam Music Center in Las Vegas, and at the Edward Albee Theater Conference in Valdez, for an audience which included August Wilson, John Guare, and Edward Albee. Additionally, Ms. Mondanaro has sung leading roles with such companies as the Anchorage Opera, Nashville Opera, Opera Theatre of Saint Louis, Skylight Opera Theatre, and the Spontini Festival in Italy.

Francesca has broad experience with recital, vocal and sacred music. Most recently she was featured in concert for the 2016 season at Marfa Live Arts Festival. Recent concert engagements include concert work with the Fire Island Opera Festival.  Other engagements include being featured as the soprano soloist in the VERDI REQUIEM with the Southwest Florida Symphony, soloist in Brahms’ EIN DEUTCHES REQUIEM for the Fairfield County Chorale and her Carnegie Hall debut with the New England Symphonium as the soloist for Schubert’s MASS IN G and Haydn’s ORGELMESSE. She performed Mozart’s BELLA MIA FIAMMA for the Bach Society of New York. Notable recital and concert appearances include a tribute to Maria Callas with stage director Fabrizio Melano for Baltimore’s Artscape Music Festival; Mondanaro co-starred in a BEL CANTO HEROINES recital at the Argentine Consulate in New York City (for which she sang a demanding program of the final scenes of ANNA BOLENA and ROBERTO DEVEREUX, and excerpts from NORMA). In 2012, Mondanaro sang the role of Lady Macbeth for MASTERLY SINGING: POWER BEHIND THE THRONE: CREATING LADY MACBETH for the Metropolitan Opera Guild.

Ms. Mondanaro has been the recipient of many awards, including a grant from the prestigious Amadeus Fund in 2005. In 2017 she was granted a second award from the Olga Forrai Foundation. She was a finalist in the Licia Albanese Puccini Festival, and a winner of the Career Bridges Foundation Competition in 2006. Additionally, she was a prize winner of the Silverman Prize at the International Vocal Academy of Israel, the Anna Maria-Saritelli-diPanni Bel Canto Competition, the Metropolitan Opera Northwest Council Scholarship Award, the Metropolitan Opera National Council Auditions (district), the Stanley L. Richman Award at Opera Theatre of Saint Louis, the Five Towns Music and Art Competition, and the NFAA Arts Competition.

Francesca holds full private studios in New York City and Berlin.  Her vocal pedagogy studies for the past 20 years have been with her primary teachers, Arthur Levy, Professor of Voice at Mannes College of Music, Janet Williams in Berlin (Honorary Professor at Hanns Eisler Hochschule) and presently David Jones, with whom she continues to study as both a singer and a teacher.  Francesca has held Master Classes and Artist Advocate Seminars in Canada and the United States to work with college level students and professional minded adults who are looking to unlock the full potential of their instrument through rigorous training in a positive environment.  She is excited to bring her experience as a working musician and a student of vocal technique to the new generation of young singers, who deserve access to their most authentic, healthy singing for a chance in a competitive environment, and to unlock their full potential as artists in their own right.