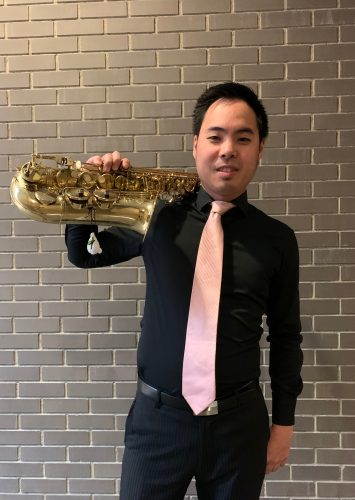 Born in Medicine Hat, Alberta, Michael Morimoto started his musical studies in piano, later switching to the saxophone. He started his saxophone studies at the Medicine Hat Conservatory of Music and Dance with Lyle Rebbeck.

Michael received his Master of Music from University of British Columbia studying with Julia Nolan. He finished his studies at the Conservatoire de Cergy-Pontoise with Jean-Yves Fourmeau receiving the Medaille D’or by a unanimous decision of the jury. He also studied at the Conservatory de Versailles with Vincent David in 2011-12 and with Marie-Bernadette Charrier at the Conservatoire de Bordeaux in 2009-10. Michael completed his bachelor of music, performance degree at the University of Alberta under the instruction of William Street and Po-Yuan Ku.