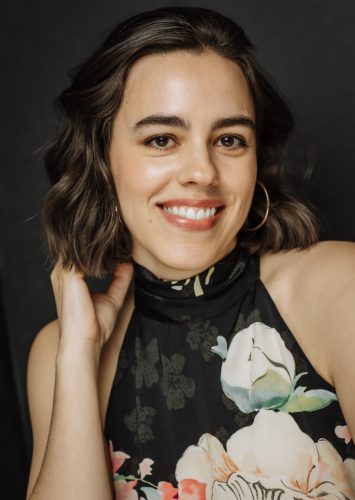 Canadian-Asian mezzo-soprano Emma Parkinson is establishing herself among the new generation of classical artists. She has been hailed as, “an outstanding voice” (La Scena Musicale) and has performed across Canada, as well as internationally in Europe and China.

Equally at home on opera and concert stages, Emma has appeared as a soloist with the Montreal Symphony Orchestra, Vancouver Bach Choir, Kingston Symphony, Orchestre Métropolitain, Alberta Baroque Ensemble, and the Slovak State Philharmonic. A former young artist with the Atelier lyrique, Emma performed Orlofsky in Opéra de Montréal’s production of Die Fledermaus and Siébel in Faust. Emma appeared as Jade Boucher Vancouver Opera’s new production of Dead Man Walking, and she made her Pacific Opera Victoria debut in the staged Canadian premiere of Rattenbury. She made her European operatic debut in Germany as Mercedes in a new production of Carmen with Seefestspiele Berlin. Emma has had the privilege of workshopping new Canadian operas with Vancouver Opera, Opera Five and re:Naissance Opera.

A three-time laureate of the Jeunes Ambassadeurs Lyriques in Montreal, Emma performed a six-city concert tour in China with orchestra, as well as a concert in Orange, France. She is also a recipient of the prestigious Lieutenant Governor of Alberta Emerging Artist Award. Emma completed her Master of Music at McGill University, and her Bachelor of Music at the University of Lethbridge.

Emma is an experienced voice teacher, and takes a special interest in her student’s goals. She enjoys working with singers of all levels, and she loves exploring music from all genres including pop, jazz, rock, musical theatre and classical.