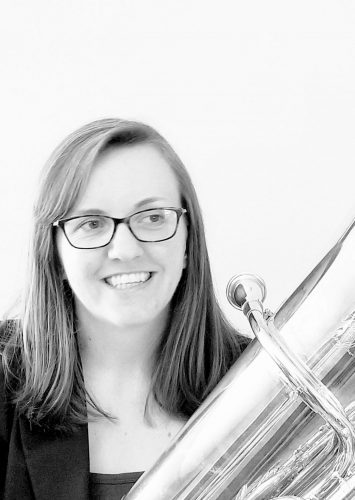 Angela received a Bachelor of Music in performance from the University of Victoria, studying under Eugene Dowling. During the course of her degree she enrolled in the Canadian Armed Forces as a musician. This lead to a diverse range of performance experiences including playing for dignitaries, heads of state and thousands upon thousands of tourists.

Outside of the military, Angela has performed with the Victoria Symphony, Caravan Farm Theatre and The Great Canadian Theatre Company as well as numerous community orchestras, concert bands, brass bands and chamber ensembles.

Angela is passionate about music education and has over 10 years of private teaching experience on all low brass instruments.