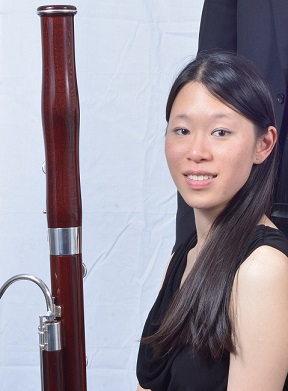 A freelance bassoonist, Carrie is a substitute-musician with the Vancouver Symphony and Vancouver Opera orchestras, and frequently performs with the Vancouver Metropolitan Orchestra. She has also previously performed with the Kamloops Symphony, Prince George Symphony, as well as the City Chamber Orchestra of Hong Kong in a concert that was aired on RTHK 4.

Receiving a generous music scholarship in high school enabled Carrie to study with her first bassoon teacher, Adam Treverton Jones. Carrie is a graduate of the University of British Columbia’s School of Music and London, UK’s Royal College of Music, where she earned her Bachelor of Music and Master of Performance in Orchestral Performance degrees, respectively. Her teachers were Julia Lockhart, Jesse Read, Martin Gatt, Andrea De Flammineis, Sarah Burnett, and Martin Field for contrabassoon.

Aside from performing, Carrie also teaches bassoon to enthusiastic learners of all ages, helping them discover not only their musical talents but also the connection between music and different areas of life. Passionate about communication, Carrie is the co-host of the podcast Let’s Play It By Ear, focusing on topics related to music and mental health.