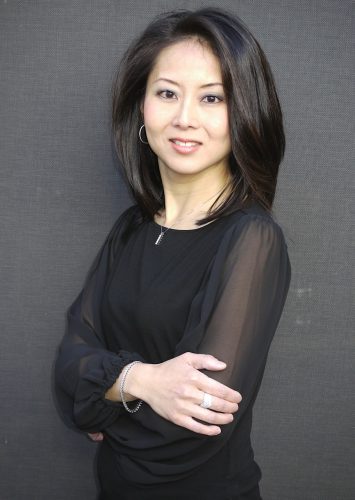 Amanda Chan has achieved recognition in her career as concert pianist, teacher, lecturer, adjudicator and examiner for the Royal Conservatory of Music in Toronto. She has given concerts and masterclasses in Canada, USA, China and Europe as a soloist and chamber player. Born and raised in Vancouver, she studied with Edward Parker and was highly successful in her competitive career including winning First and Top Prizes in the Canadian Music Competition National Finals, CIBC National Canadian Music Festival, Canadian Federation of Music Teachers Association National Bach Competition, “Best Interpretation of a Canadian Premiere Work”, CBC National Young Performers Competition, Concours Orchestre Symphonie de Montreal, to name a few. During her studies with Kum-Sing Lee at the Vancouver Academy of Music, she was the winner of the Kay Meek Competition in 1993.

After completing the ARCT diploma and receiving the Gold Medal for achieving the highest mark in Canada in 1987, Ms. Chan was awarded Canada Council Arts grants as well as receiving full scholarships from universities to attend undergraduate and graduate degrees. Ms. Chan completed her Bachelor of Music degree at the University of British Columbia under Kum-Sing Lee and Master of Music degree in Piano Performance at the University of Southern California under John Perry. Finishing head of her graduating class at both institutions, she was awarded the prestigious “Top Graduate” award for both degrees. She continued on with doctoral and post-graduate studies at the University of Southern California and the Glenn Gould School of Music in Toronto. She has also received her training from Marc Durand, Andre Laplante, Jon Kimura Parker, Robin Wood and Karl-Heinz Kammerling.

Her passion for tango jazz led to her becoming the pianist for the now retired band, Tango Paradiso, whose performances included invitations at the Vancouver International Jazz Festival. Their 2007 CD “Passion” achieved critical acclaim at its release and earned Favorite CD pick from CD Baby.

Currently, she is the pianist of the Koerner Piano Trio, renowned for its educational mandate with outreach initiatives and performances. She is also a frequent pianist with The Vancouver Symphony Orchestra and is regularly featured on the VSO Chamber Players Series. Ms. Chan serves on the faculty of the University of British Columbia, School of Music and is the Head of the Piano Department at the Vancouver Academy of Music, teaching piano and chamber music.