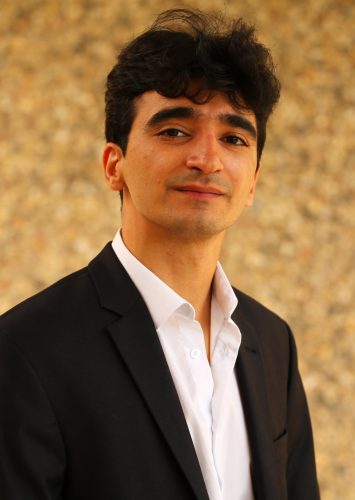 Russian pianist Aslan Aslanov was born in a small village in Siberia, Russia, his parents moved there in 1991 from Azerbaijan. Since the age of 6, Aslan started to take music lessons and 3 years later became a 3rd prize winner in provincial competition in Tyumen (2004). Year later family decides to go back to Azerbaijan and Aslan was accepted to “Special Music School” for talented kids in Baku and continued his musical studies with Dilara Mirzakuliyeva. Aslan makes his debut with orchestra in 2009 playing Beethoven Concerto No. 3 with Azerbaijan Academic Symphonic Orchestra and performs Liszt Concerto No. 2, two years later. Young pianist won 2nd prize in national music competition in 2010 (Azerbaijan) and successfully performs in festivals all over the country. In 2011, he starts his undergraduate studies in Baku Academy of Music and participates in international competitions and music festivals in Ukraine, Poland, Italy, Azerbaijan, Finland, Greece and Russia. In 2018, Aslan got accepted to Vancouver Academy of Music where he receives scholarship and studies Artist Diploma program with Amanda Chan (head of piano department).in 2019, Aslan won local and provincial competitions and was honored to represent BC in Canadian National Music Competition where he was nominated to 2nd prize at the same time Aslan makes his debut in Carnegie hall with winners of “Pacific Rim” IPC. Since 2020 Aslan keeps taking lessons with Amanda Chan in UBC School of Music, where he received highest scholarship and completed master’s degree in 2022.