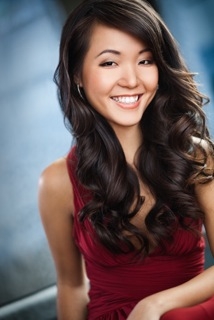 A Gold Medalist Teacher appointed by the Royal Conservatory of Music every consecutive year from 2014 to 2020, Caroline Jang completed both of her Bachelor and Master of Music degrees from University of British Columbia.

She is an alumna of Vancouver Opera In Schools, Pre-Professional Internship Program with Vancouver Opera, European Music Academy, Banff Theatre for Arts, and more. She has been recognized with many awards and grants including ‘Toni Cavelti Trust Fund’ and ‘Jeunes Ambassadeurs Lyricques’. Ms. Jang currently serves as a Voice, Piano, and Early Music Education faculty member at the Vancouver Academy of Music.