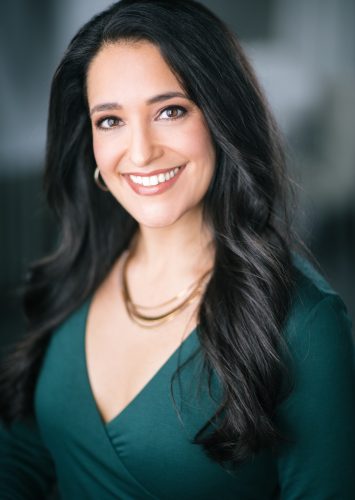 Chloé Hurst (soprano) is an active singer, pianist and teacher in Vancouver. Hailed by Opera Canada as having “enviable clarity and precision,” her talent has taken her around the world.

As a VAM alumna, Chloé started her formal training in music at the age of three. From this young age until completing high school, her main focus was piano. It was not until the start of her undergrad as an opera performance major at UBC, when she started to seriously pursue her other passion, singing. Chloé then continued on to complete her Master of Music degree at the same institution.

Chloé has had the privilege of performing across North America, Europe and China in operas, concerts and competitions. Past opera roles include Adina (L’elisir D’amore), Gretel (Hansel und Gretel), Susanna (Le Nozze di Figaro), Mimì (La Bohème) and many more. As a versatile performer, Chloé has also sung various works with orchestra from Handel’s Messiah to Berlioz’s Les Nuits D’été to Bernstein’s West Side Story.

In early 2011, Chloé had her debut in China as a singer and pianist in concert. By the end of the year, she was a competitor on the popular Chinese television talent show, Xing Guang Da Dao. Chloé won the first three rounds of the competition and ended up being a finalist for the 2011 season. While singing takes up the bulk of her stage time, Chloé still gets the chance to share her piano skills. She enjoys accompanying fellow singers in performance and loved being a lounge pianist during the 2010 Olympics at the Vancouver International Airport.

Alongside performing, Chloé has been teaching piano, theory and voice for several years, and joined the VAM faculty in 2008. While her main department has been music theory (in the preparatory and college divisions), she is excited to branch out into the voice faculty and ECE programs at VAM so she can continue to share her passion with enthusiasts of all ages.

Her teaching, however, does not stop in Vancouver. On a recent trip to Kenya in the spring of 2013, she developed a music program at an elementary boarding school for orphans and underprivileged children in the area of Voi, called the “New White House Academy.” In Kenya, music is unfortunately not part of the government assigned curriculum. Chloé returns to this school frequently to continue educating the children and providing them with musical instruments and other learning tools.