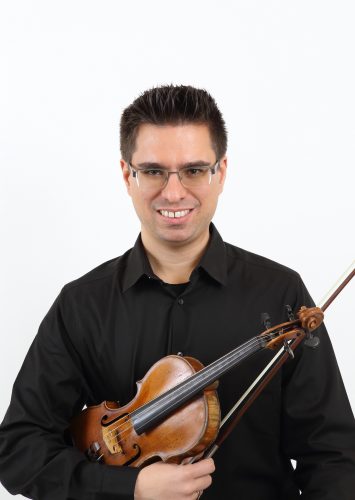 Domagoj Ivanovic moved to Canada in 2007, after graduating with a Doctor of Musical Arts degree in Violin Performance at the University of Miami, where he held the post of  a Teaching Assistant, as well as served as an Assistant Concertmaster for the Miami Symphony Orchestra.

As a soloist he appeared with several orchestras, most notably with the Zagreb Philharmonic orchestra, and the Miami Symphony orchestra. Described as a player with “clear technique and great sensitivity” he has performed all over Europe and North America, as well as China, Taiwan and Singapore.