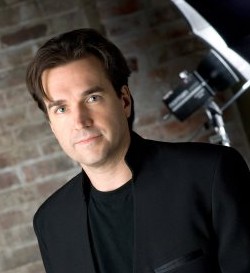 Leslie Dala is the Music Director of the Vancouver Bach Choir, Associate Conductor and Chorus Director of Vancouver Opera and Music Director of the Vancouver Academy of Music Symphony Orchestra. He has worked at the Banff Centre for the Arts, the Canadian Opera Company, the Santa Fe Opera and l’Opera National du Rhin and is a frequent guest conductor with the UBC Opera Ensemble and Soundstreams Canada. Recent conducting highlights include Haydn’s the Creation, the Canadian premiere of John Adams’ Oratorio El Nino and a Verdi & Wagner Gala with the Vancouver Bach Choir and the Vancouver Symphony Orchestra; La Boheme, The Magic Flute and West Side Story with Vancouver Opera, Albert Herring with Pacific Opera Victoria, the Nutcracker with the Goh Ballet and Beethoven’s Symphony no. 9 with the VAMSO. Last summer, Leslie conducted Puccini’s Suor Angelica at the COSI festival in Sulmona, Italy, the Gala Opening Concert of MusicFest Vancouver featuring Sylvia McNair in the music of George Gershwin, as well as a program of French opera highlights at the Bard on the Beach festival.

Upcoming engagements include a program of contemporary works for traditional Chinese instruments and western instruments including a world premiere by Dorothy Chang presented by Soundstreams Canada with performances in Toronto, Taipei and Beijing. In June, Leslie will conduct the UBC Opera Ensemble production of Carmen with performances at the Old Auditorium and in July at the Westben Festival in Ontario and in Usti nad Ladem in the Czech Republic. In addition to his regular duties, this coming fall Leslie will teach a conducting class at the Vancouver Academy of Music.