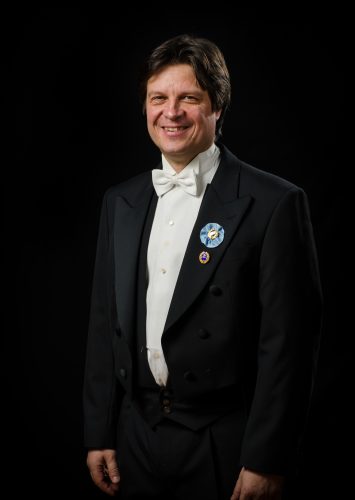 Kari Turunen was educated at the University of Helsinki and the Sibelius Academy where he studied choral conducting (MA). He holds a doctorate in early music performance practice from the University of the Arts, Helsinki. From August 2019 he is the new artistic director of the professional Vancouver Chamber Choir.

Before moving to Canada Dr. Turunen taught choral conducting at the Tampere University of Applied Sciences’ School of Music, between 2001 and 2011. After 2011 he was a free-lance conductor and has been the artistic director of, for example, the following Finnish choirs: Akademiska Damkören Lyran (1998–2009), Akademiska Sångföreningen (2008–2019); Kampin Laulu chamber choir (2011–2019); the choir of the cantors of the Finnish Lutheran Church, Chorus Cantorum Finlandiae (2011–2019); Spira Ensemble (2012–19) and the professional early music ensembles Ensemble Petraloysio and I Dodici, with which he continues to work sporadically. He was a member of Lumen Valo, a vocal ensemble that is one of the driving forces on the Finnish early music scene, for 26 years (1993–2019).

Dr. Turunen appears regularly as a teacher of choral courses, adjudicator and clinician. Dr. Turunen acted as chair of the Finnish Choral Directors’ Association (FCDA) 1997–2018. He was the Choral Conductor of the Year 2008 in Finland.