In anticipation of our Opera Studio’s production of Suor Angelica and Gianni Schicchi, we wanted to give you a sneak peek into some of the behind-the-scenes stuff that goes into making a production. This is the first of a four-part series in which we interview the lead singers of the productions!
Our first interview is with Katrina Goh. Katrina is a 1st year Artist Diploma student at VAM, majoring in Voice Performance. She will be singing the role of Lauretta in Gianni Schicchi.
What do you enjoy most about singing Lauretta?

I love singing both the aria and the duet at the end of the opera. It’s such beautiful music.

Favourite scene from Gianni Schicchi and why?

My favorite scene would have to be the one where Schicchi is sharing his scheme with the Donati family. The music is so catchy and there is so much humor in it.

What should the audience listen or look for when they come to watch the production?

Definitely pay careful attention to the staging. It’s a hilarious opera on its own, but this particular production is hysterical. Jeanine [Fynn, Stage Director] is great at bringing out the humor of any piece in her staging. Of course, she doesn’t make this stuff up. It’s all in the music.

How did you get into opera?

I have been singing since I could talk. I always wanted voice lessons, but I didn’t start until I was 13.  My first voice teacher, Sheila Christie[,] is an opera singer, and gave me her dress rehearsal tickets to La Traviata. That was the first opera I ever watched and I was hooked. I thought it was so amazing, what these people could do with their voices! Over the next 6 years Sheila molded me, taking me from from Disney, to musical theatre, to art song and finally to opera repertoire. And I’ve been in opera-land ever since!

What have you enjoyed the most during your experience at VAM?

Definitely being part of shows like these. It’s a great experience working with the directors and conductors that David has brought in for us. I have learned so much from them as well as from my colleagues.

Schicchi is such a fun show and I’m so glad that I’m able to be a part of bringing it to life. It’s a great first opera if you’ve never seen one before… Especially if you like comedy. Come check it out! Looking forward to seeing you there!! 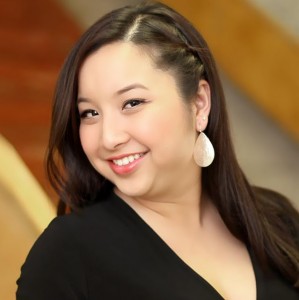